Folllies Fille is my first performance made through a production house (Feikes Huis, object theater in Amserdam) it premiered in June 2012. I have dreamed of creating a theater production since 2007; it came to me when I saw a series of drawings next to each other and it seemed to be like a narrative for a theater piece. How do I realize this production? The play ‘Follies Fille’ the result: a daydream experience, a mix of daily life routines with Hollywood fantasies dancing, but also about relationships, and the society we are stuck in.
A theater production created with the setup developed at STEIM. Working with two actors and a group of dancers interacting in my live drawing projection. 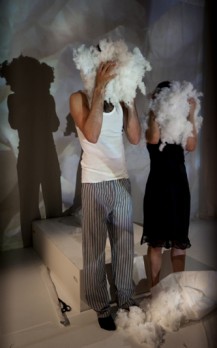 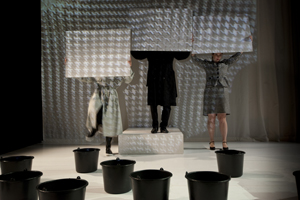 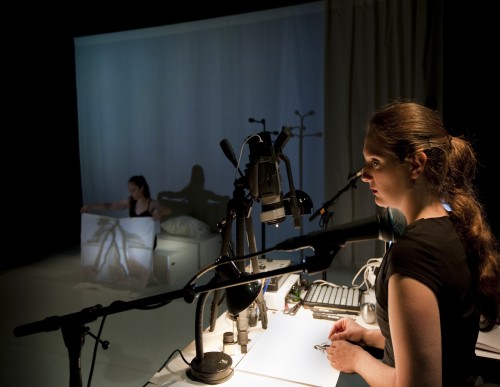